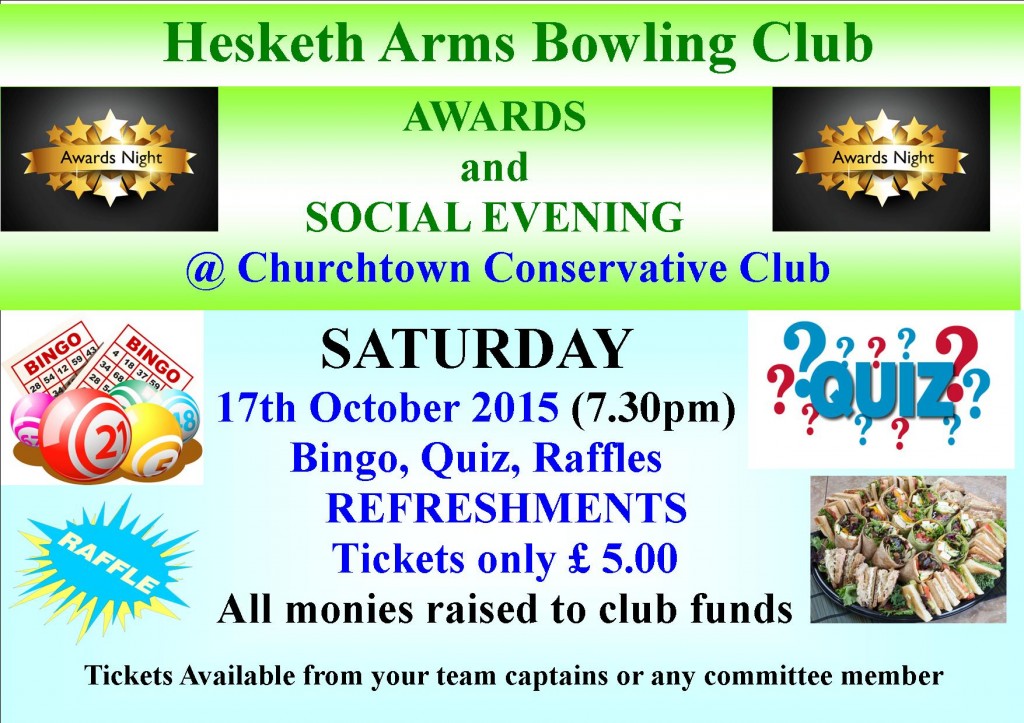 22 members attended the club on Sunday to compete for the Championship Cup, the final club competition of the season.
Despite a tough draw, Jim Finnimore progressed to the final in the top half of the draw, enjoying good wins against Alex Rimmer (21-19), Richard Rawcliffe (21-15), Ray Sutton (21-8) and Dave Bedford (21-15). The bottom half of the draw saw Brian Sutton reach the final of this competition for the second time in three years with wins against Brian Jones (21-20), Pat Jones (21-17) and Kyle Dawes (21-9).

In the final, Jim started well, winning the first three ends to cancel out the two chalk handicap he was conceding, to lead 6-4. Brian fought back though and won five of the next six ends to leave the scores level at 9-9. At this stage, however, Jim hit a purple patch and won eight consecutive ends to claim victory with a comfortable 21-9 scoreline. Congratulations to Jim on winning this title for the second time, having previously won it in 2011. 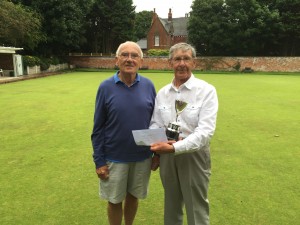 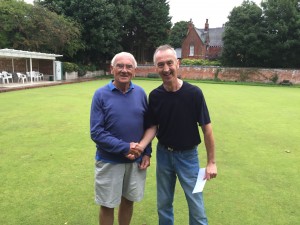 A consolation event was held for those knocked out in their first game and this was won by Judith Farrell with a 15-11 win in the final against Wendy McLoughlin. 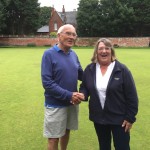 Many thanks to all those members who have supported the club competitions this season, which have again been well-attended.

Our next weekend event will be a round robin next Sunday, 30th August, starting at 2.00pm.

Please note that the green will be unavailable for general use by members this Saturday afternoon as the Churchtown Conservative Club are hosting a friendly fixture versus Emmanuel Bowling Club. Spectators will be welcome to watch what should be an interesting afternoon of bowls. A raffle will be held during the afternoon, so any donations of prizes from members of the bowling club who are taking part in this match would be greatly appreciated.

On Sunday, the Club are holding the last of this season’s internal handicaps. The Championship Cup will commence at 12 noon and members are asked to arrive by 11.45am to register.

The club are considering entering a mixed team for 2016 in the Maghull & District bowling league on a Monday Evening.
We would be trying to play a team consisting of 5 Ladies and 5 Men each week, we would therefore need at least 7 Ladies and 7 men who would be interested in this team.
If we are over subscribed we would consider a second team.
We have already approached the league with our request and been told that it should be accepted.
Details of the league can be seen at http://www.cgleague.co.uk/maghull
If you are interested please let me know by email or telephone.
George Hitchmough
07977500131
secretary@hesketharmsbowlingclub.co.uk

Don’t forget our last competition of the season on Sunday the 23rd of August The CHAMPIONSHIP CUP commencing 12.00 and the 2 Round Robins on the 30th of August and 20th of September

On Sunday, another excellent turnout of 32 members took part in the Chairman’s Shield, the Club’s third and final pairs competition of the season.
The top half of the draw saw the strong pairing of John Unsworth and Rita Stanley make comfortable progress to the final with wins against Jim Finnimore and Peter Smith (21-9), Norman Simpson and Fergal Wright (21-11) and Chris Harding and Wendy McLoughlin (21-14). In the bottom half of the draw, Sue Davies and Jim Halsall were in equally impressive form, accounting for Steve Evans and Mike Burrill (21-9), John Rimmer and Lynne Smith (21-10) and in the semi-final, a surprisingly easy 21-3 victory against the highly-fancied pairing of Sue Andersen and Mark Rowlinson.
The final saw both pairs starting on +3 and for the first eleven ends, the game was close with the scores level at 12 across. At the 13th end, however, Sue and Jim scored a crucial three to open up a four chalk lead for the first time in the game and having taken control, ran out 21-12 winners. Congratulations to Sue and Jim on winning their first Hesketh Arms pairs title. 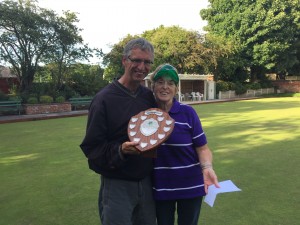 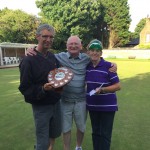 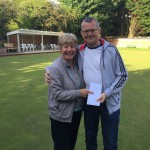 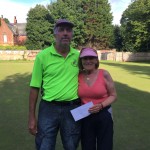 A consolation competition was held for first round losers and this was won by Mike Burrill and John Hughes, who beat Joe Parker and Roger Van Beever 15-9 in the final.

It was pleasing to see several new members playing in their first Hesketh Arms handicap and it is hoped that the club enjoys another good attendance for the final internal competition of the season on Sunday 23rd August, when the Championship Cup will be played for, starting at 12 noon.