TO BE HELD AT THE CHURCHTOWN CONSERVATIVE CLUB

The Treasurer will be available to accept your subscriptions.

AWARDS NIGHT REPORT
The Club’s sixth annual Awards and Social Evening was held on Saturday at
the Churchtown Conservative Club, when around 80 members and guests gathered
to celebrate a successful 2017 season. The event was compered by Club
Chairman, Chris Harding, who congratulated all the members on their
achievements in a year which saw our league teams win four divisional
championships.

The presentations began with the awards to the club competition and team
merit winners, details of which were reported throughout the season and can
be found in the 2017 Season Review.

These were followed by the Club’s special awards, the first of which is made
to the TEAM OF THE YEAR. This year, the choice was made extremely difficult
due to the Club having four teams winning their respective championships.
These were the Falcons (LV 1st Division), Vultures (Burscough 3rd Division,
3rd Division Cup and League Knockout Trophy), Hawks (Aughton 3rd Division
and Mini-League Cup winners) and finally, the Hobbies (Southport Vets 3rd
Division and Joe Bond Trophy winners). Any of these four teams would have
been worthy winners but the 2017 Team of the Year award went to the Vultures
in recognition of their achievement of claiming three trophies with a 100%
winning record. Congratulations to Chris Harding and all his team, several
of whom were new and welcome additions to the Club.

The final award of the evening is made to the CLUB MEMBER OF THE YEAR and
this year it went jointly and deservedly to Peter and Lynne Smith.
Throughout the 2017 season, Peter and Lynne ran the popular Tuesday and
Friday Round Robins which provide much enjoyment to our members, as well as
raising welcome additional revenue. Also, Peter and Lynne are always willing
volunteers when jobs need doing at the Club and this work is greatly
appreciated by the Committee and all our members.

We would like to thank the Churchtown Conservative Club for allowing us to
use their facilities and the bar staff for their hard work on the night.

Also, thank you to Sue Davies, Andrea Meadow and Rita Stanley for their help
with the raffle, John McCabe, our photographer for the evening and Steve
Lomas for assisting with Heads and Tails to end the evening.

A special mention must go to George Hitchmough for co-ordinating the whole
event, including setting the quiz and arranging the buffet with help from
Sue Andersen And Brian Whitley.

Finally, many thanks to all those who supported the event by attending on
the night and providing prizes for the raffle. Final proceeds came to
£428.11, which will go towards Club funds.

Thanks to Mike Milne for the above report. 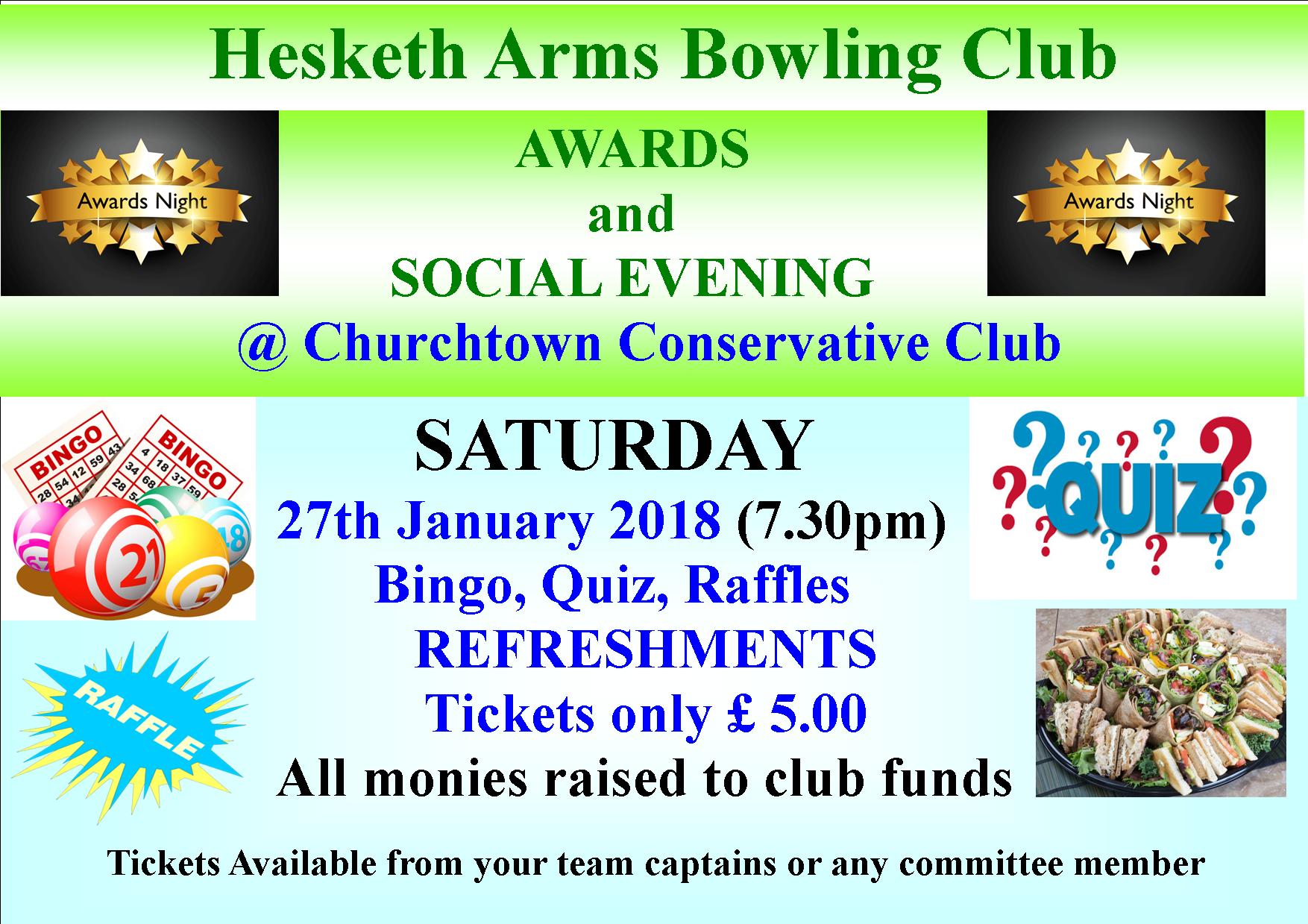