HESKETH ARMS NEWS UPDATE – SEPTEMBER 2017
BURSCOUGH LEAGUE
Congratulations to the Vultures, who won the Burscough League’s 3rd Division Cup, with a 6-2 win in the final at Fleetwood Hesketh against Botanic ‘B’. 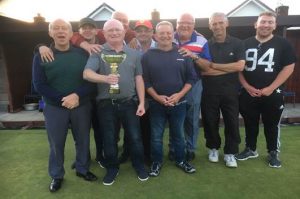 AUGHTON LEAGUE
Congratulations to the Hesketh Hawks, captained by George Hitchmough, on winning the 3rd Division of the Aughton Men’s Senior Citizens League, finishing a clear 14 points ahead of 2nd placed Crossens.

MAGHULL LEAGUE KNOCKOUT CUP
Commiserations to our mixed Monday night team on losing in the Maghull League’s 4th Division Cup final. Despite wins by Jeff Brown (21-10) and Bill Nowell (21-18), the team were defeated by neighbours Crossens at the Northern Club. Well done to Sue Davies and all the team on reaching the final and having enjoyed a successful league season, finishing in at least 3rd place in their division.

FRIENDLY V. EMMANUEL BOWLING CLUB
The third annual friendly match with our friends from Emmanuel Bowling Club took place in August and resulted in a 9-4 win for the Hesketh Arms team, thus retaining the Challenge Shield we won last year.
Thanks are due to Alan and Jill Lloyd for allowing us to use the Churchtown Conservative Club for the post-match hospitality and for their help in providing the pie and peas.
We look forward to the re-match next year for what has become an enjoyable addition to the Club’s busy calendar of bowling.

CHURCHTOWN CONSERVATIVE CLUB – PRESIDENT’S TROPHY
On Sunday 3rd September, we will again be hosting the Churchtown Conservative Club’s B.J.P.O’Malley President’s Trophy. Any of our bowlers who are also members of the Conservative Club are eligible to take part in this random pairs competition which will start at 1.00pm.

CLUB COMPETITIONS 2017
Many thanks to all those members who have supported the club’s internal competitions during the 2017 season. We have again enjoyed increased participation, with the number of entrants for the seven events totalling 227, an increase of 14 on the 2016 figure.
If any member has any comments regarding the Club’s programme of competitions or any ideas for additional events, feedback is always welcome and can be emailed to hesketharms21@yahoo.co.uk or secretary@hesketharmsbowlingclub.co.uk

Congratulations to our Hobbies team who have won the 3rd Division Cup in the Southport Vets League. 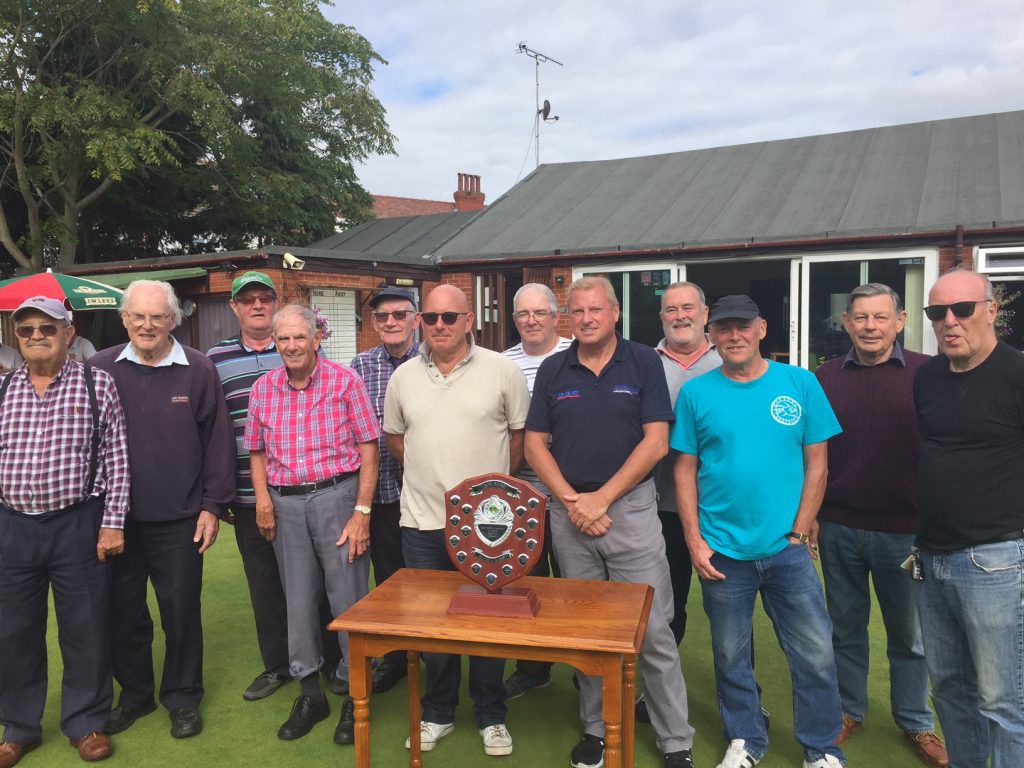 The Chairman’s Shield took place on Sunday and attracted sixteen pairs. The top half of the draw saw Brian Jones and Pat McArthur reach the final with wins against Deanne Moss and Ray Sutton (21-17), Jim Halsall and Mavis Thompson (21-15) and Janice Hobson and Ken Rimmer (21-14).

Their opponents in the final were Bill Bloor and Jason Chapman, who had enjoyed wins against Barry McArthur and Richard Rawcliffe (21-7), Chris Harding and Eileen Rawcliffe (21-20) and in the semi-final, Mike Milne and Noel Morgans (21-14).

The final was a closely fought battle, with Bill and Jason the pair to gain the advantage with a 15-11 lead after ten ends. Brian and Pat are both former winners of pairs titles at the Hesketh Arms, however, and re-gained the lead with a single and a four to lead 16-15. A three for Bill and Jason though proved decisive as they took an 18-16 lead and scored a further three chalks in the next two ends to win the final 21-16. Congratulations to Bill Bloor on winning his first Hesketh club event and to Jason on a second success, having won the Vice-Presidents Pairs with Fergal Wright in 2015.

The Plate competition was won by Mike Dunlop and John McCabe, with a win against Brian Sutton and Laurie Townson in the final.